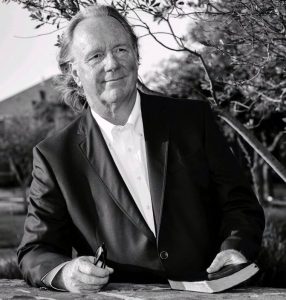 I married my wife, Robin, in 1982, in Robin’s hometown of Flagstaff, AZ. We currently live in Colleyville, TX, and have four grown children; Amanda, James, Amelia, and Jayne. I became a follower of Jesus Christ in July 2005 at the age of 48.  I graduated in 2016 with a Master of Theology degree from Dallas Theological Seminary in Dallas, Texas, with an emphases in biblical exegesis and exposition. Robin and I attend church in North Richland Hills, Texas. Please feel free to contact me directly and to ask for more information. The following paragraphs will provide you with a brief look at the familial, educational, and professional dimensions of my life, which lead up to my conversion experience in 2005.

I started my professional career as a summer intern with the Santa Fe Railway Company in 1978-79 while still studying civil engineering at Fresno State and UC Berkeley. I held many field operations positions in the railroad’s Engineering and Transportation Departments and relocated with my family ten times. In August 2004 I became BNSF’s Regional Vice President of the North Region (Chicago to the Pacific Northwest and Canada). In June 2006 I became BNSF’s Chief Engineer of the South Region (Chicago to CA and the Gulf of Mexico), leading a workforce of approximately 3500 men and an annual budget exceeding $1B. I retired from the railroad in May 2012.

I invite you to read the full story of my conversion to becoming a follower of Jesus Christ in my blog series titled Testimony.